skip to main | skip to sidebar


Starting something new
via Stephanie

An attempt to record my weekly gratitude, from the big things to the smallest.

:: a new set of headphones for Annie who every now and again needs to tune out the world and her brother and sister and even me.

:: audio books so that she can listen to stories with her new headphones happily peacefully and quietly.

:: a simple deck of cards that allows us to all play together and learn with little arguing and fighting.

:: the discovery of this and then this which brought me to my happy place. (it's the little things right?!)

:: some online inspiration to return to my kettle bells..even if it's 5 min a day...

:: a beautiful family photo shot on a whim

its been a long week.  the older girls seem to be over the hump and on the mend. i had really hoped juni would be spared the fever and coughs but alas my baby girl is nestled in my arms with a fever. she makes tiny noises and already i can hear the raspy-ness in her throat.  The window in the kitchen is open a crack, and the light rain has turned to a more steady downfall. my eyes should be heavy but they are not, so i write. but i keep my thoughts distant so as not to wake the ever present to do list in my head. i think healing thoughts for my baby girl, so that she can be strong enough to fight the croup without a trip to the er and even though juni is asleep, elizas febrile seizure is keeping me from heading to bed. im worried that she too might have one,  and i feel better watching her sleep.  shes nursing well and seems content, this is good.  eases my mind a bit. but still i worry.  well, the eyes are getting heavy so i think ill try to rest a bit before the sun wakes up...i see lots of baby snuggles in my future... 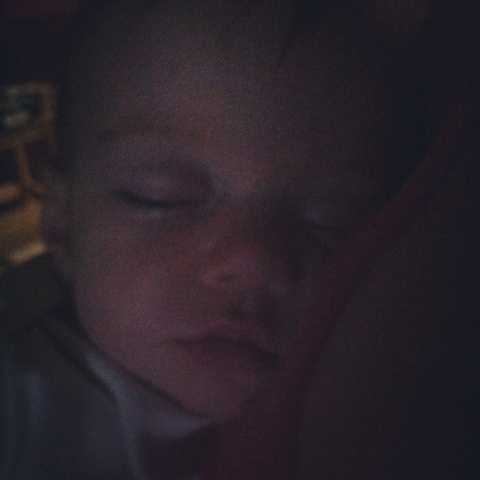 Today my oldest turned 9!
3,285 days ago
I gave birth and became a Mama for the first time.
I remember bringing him to my chest and saying "Hi"
and those big blue eyes just opened as wide as they could
and eyes locked on each other. 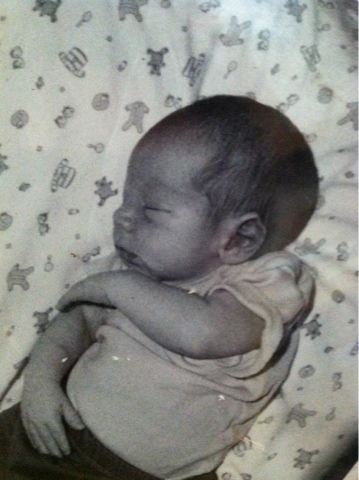 He wasn't much of a sleeper unless he was next to Mama.
He was always going, his brain, his body
always thinking, moving.
He's a lover of life
of going, seeing, doing, experiencing.
He's good, great, Amazing at so many things,
he practices his heart out
until he gets it
he exhausts himself and us until he gets it.
He doesn't give up ever. 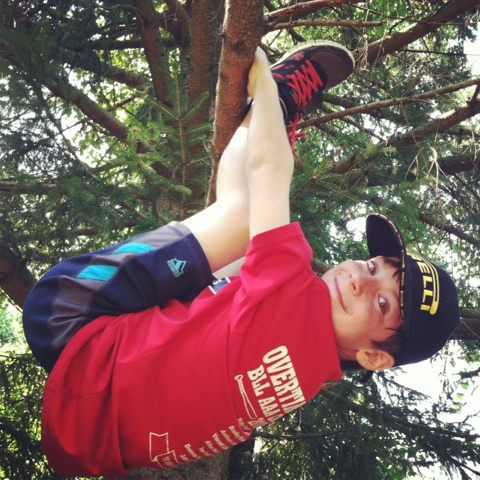 He has tapped into the power of his mind
thinking it, wanting it, creating it.
Once out in Colorado we up exploring some old mines
all he talked about was finding Gold.
We looked and looked
but nothing
I told him to see himself finding it
envision it.
Later on while we were collecting old river stones near a mostly dried up river bed
he went off exploring,
coming back now and again with a list of things he had found
Then we heard him yelling,
running
and carrying something
he was all excited as he came up to us telling us he found a typewriter.
As he plunked it on the ground at our feet,
I said thats not a typewriter, thats a cash register!
"OOOHH maybe theres money in it!" was his first response
Immediately he reached for the drawer and yanked it open.
A pile of papers filled one of the slots inside.
His father reached down and pulled it out.
Over 900 dollars was found that day.
He found his gold.

I really love that story,
that memory
the look on his face.

This boy of ours makes me so very proud to call him my son.

As these days and years pass quickly I try to savor the moments
the little moments that are fleeting
So each time I get a hug,
a kiss{goodnight}
an I love you in front of his friends,
I savor it.
Stick it deep into my memory.
Hoping that I can retrieve it down the road.
To stir this mama heart up and fill it to the brim with love.
Whenever I might need it/

Happy 9th Birthday Jaden
I love you with all my heart,
Mama 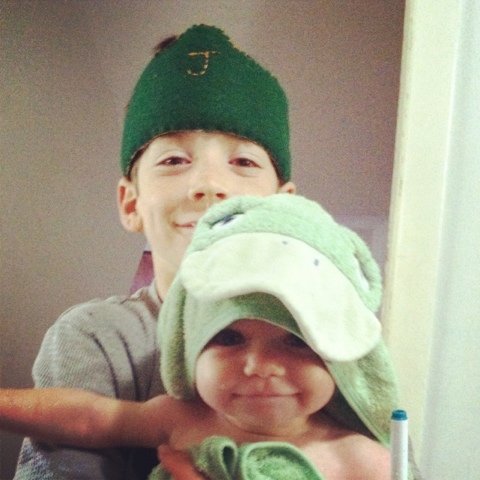 Posted by christina at 6:23 PM No comments:

I had intended on a weekending post but just wasn't able to find a moment to sit down. I wish I could say we were all out enjoying the beautiful fall weather...

Instead there was time spent in the ER and Dr offices, two of my girls were in need of immediate care, over the weekend. This mama was being pulled in many directions, and on top of it all I was sick. It was all a bit overwhelming.

Today is much better there's a round of antibiotics happening,probiotics,
elderberry syrup and some homeopathic remedies are on our daily to do list. Chicken soup is on for dinner and currently we are all on the couch watching a movie.

We are resting, staying quiet, mending, healing, and hopefully moving on from weekend. We are keeping our fingers crossed, the littlest of the family does not get the same virus and that tomorrow we are well enough to celebrate a certain Boy's 9 yr journey around the sun! Theres something about turning 9, the last year before double digits, that seems to be stirring lots of emotions inside my heart. 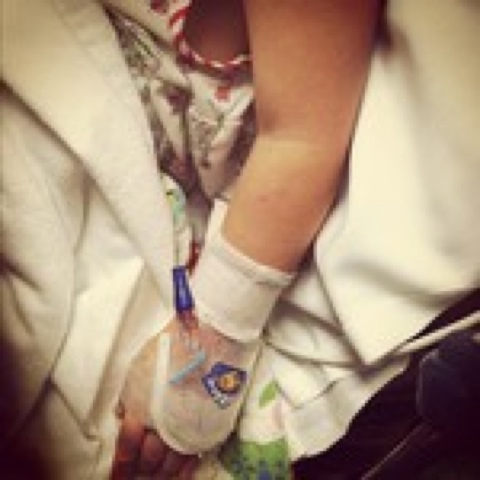 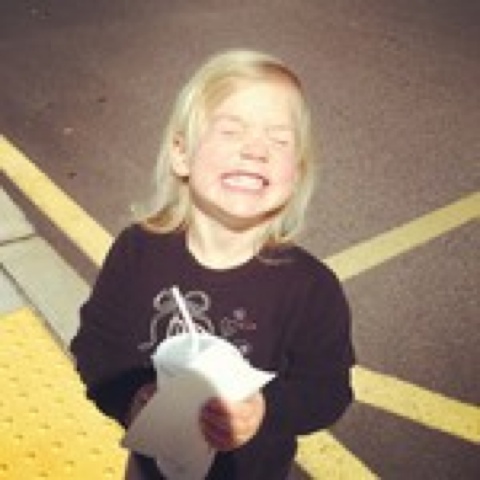 Posted by christina at 9:07 AM No comments:

::This weekend::
There was only one soccer game instead of two.
There were quiet moments shared between a mama and her non napping middle daughter while she took a mid-day bath.
We tailgated with friends and family, and some of us never even went in to watch the game
The day started off very warm,  but quickly turned into a very chilly evening.
I realized I'm finally ready for Autumn, and that we need to head out soon to pick apples before we miss the season!
This morning we woke to grey cold skies.
That non napping middle daughter slept till almost 10 this morning.
I made coffee....a few times and it kept getting cold before I could drink it.
The boy brought some things over to sell at his Aunts house and got rained out. He's pretty bummed about it.
There's piles of laundry waiting to be washed,
and the seasonal switch of clothes needs to take place as well.
It's a good day to just hang out, rest and play.
Leftover burgers from yesterday means tonights dinner is going to be meatloaf. 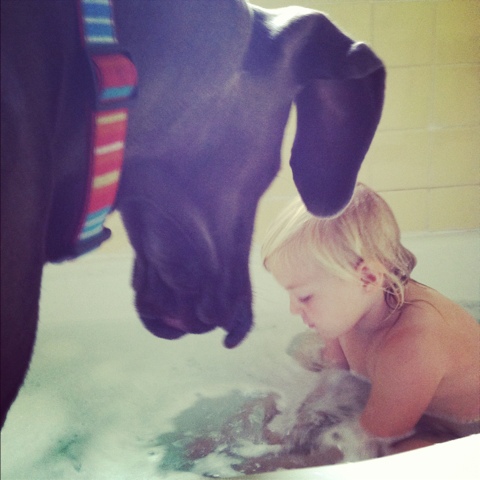 Posted by christina at 10:55 AM No comments:

What have you been up to lately?
Posted by christina at 5:38 PM 2 comments: 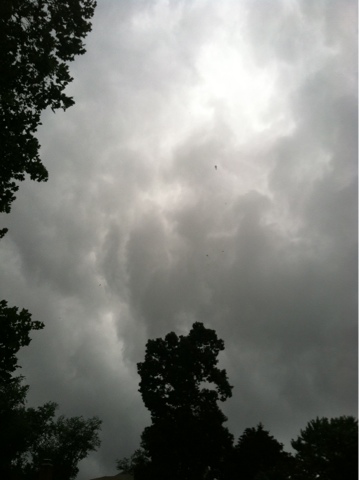 It's Friday Morning
I woke to darkness, but it wasn't early.
The sun was hiding, beneath a thick layer of clouds.
I found the coffee bought this morning by Jay,
and was glad I didn't have to drink his Huckleberry flavored coffee again this morning.
The kids snuggled down stairs watching Scooby-doo,
I made chocolate chip scones from here and
Decided it was a good day to try and make this for the kids.
I'm mentally noting that is almost ~mid-august~!
and wondering where the heck the summer went..
then feeling grateful, thankful and appreciative,
because we homeschool and our summer isn't necessarily ending with the start of school.
But also because our Summer has been full.
It's been lazy, and relaxed too.
We've been getting out and going and doing.
We've been visited by family many times.
We've completed a few house projects,
with thanks in part to my handyman brother.
It's time to make an End of Summer: GO SEE DO list I think.
The main one: A trip to New England.
A much needed return visit to the place I called home, still call home.
To the cold Atlantic Ocean even when it's 100 degrees out.
Oh how I miss dipping my toes in those icy waters.
Soon!
For now we relish in these dog days of summer where the heat stays and swells
Where the summer rains fall, heavy and earth soaking.
I'm off now another cup of coffee is calling as are those chocolate chip scones.
and Junebug is waking from her nap.
Happy day friends!
Posted by christina at 10:03 AM 3 comments:

christina
Mama to four little ones, wife to one. Crafting, living, learning, breathing, and loving these days as they speed on past.